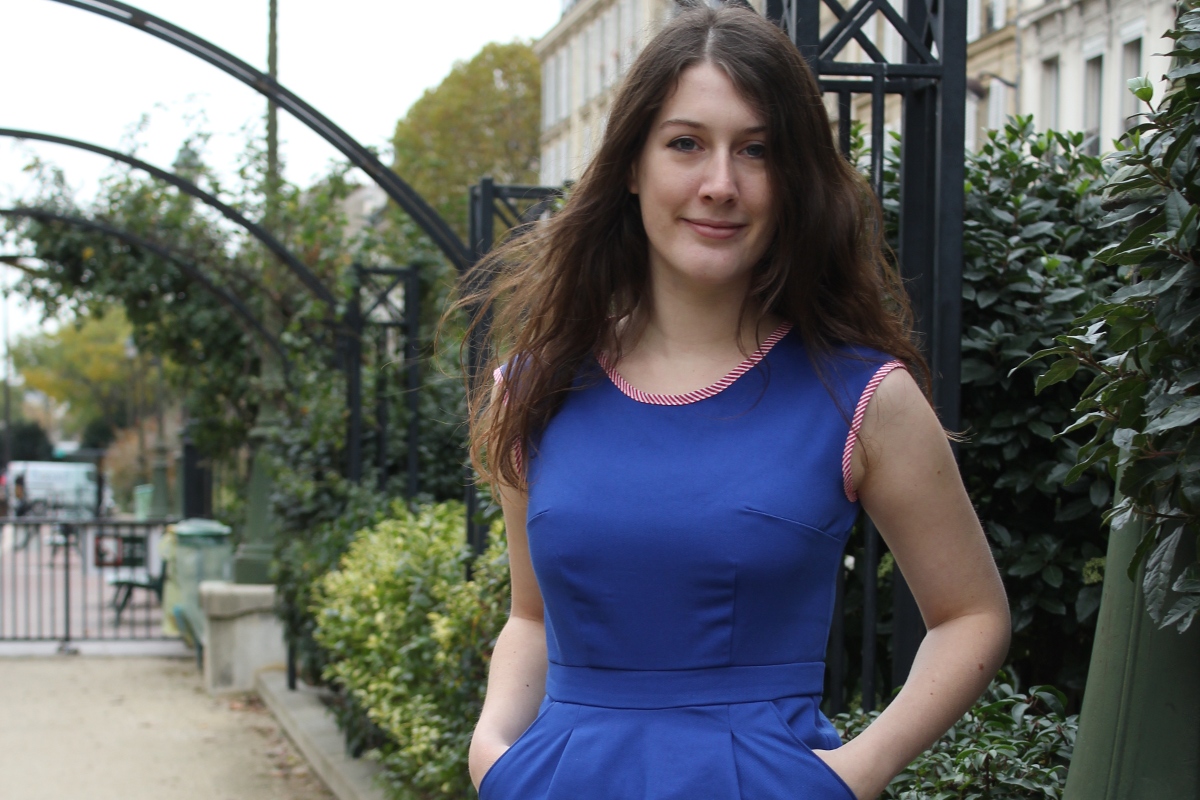 I have to confess: I made this dress in a total rush, starting at 9pm and aiming at wearing it on the following day… and of course, making mistake after mistake. Oh I missed that!

When Eléonore offered me to spend the day at the CSF expo where Deer&Doe had a booth, I was thrilled. But the day before, panick struck: I had nothing to wear! Sure, I have a Bleuet but it was in the wash, I have a Belladone but I didn’t actually make it myself so it would be cheating, I have a Sureau but… whatever, I needed a new dress. 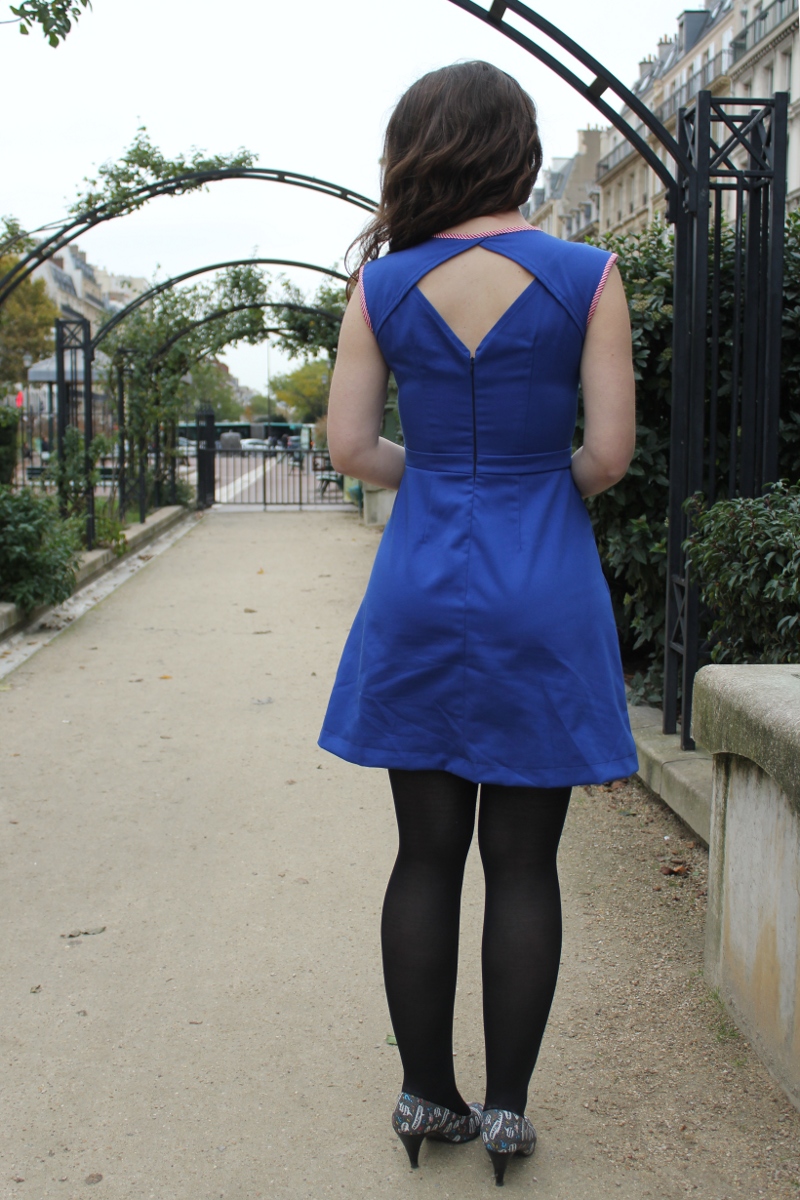 So here I am, with a Belladone I had actually cut the fabric for before leaving for the US this summer. Except I don’t know what went wrong at that time, but I totally messed up when tracing the pattern, and I didn’t realize it when sewing either. Let’s have a look at the following figure: 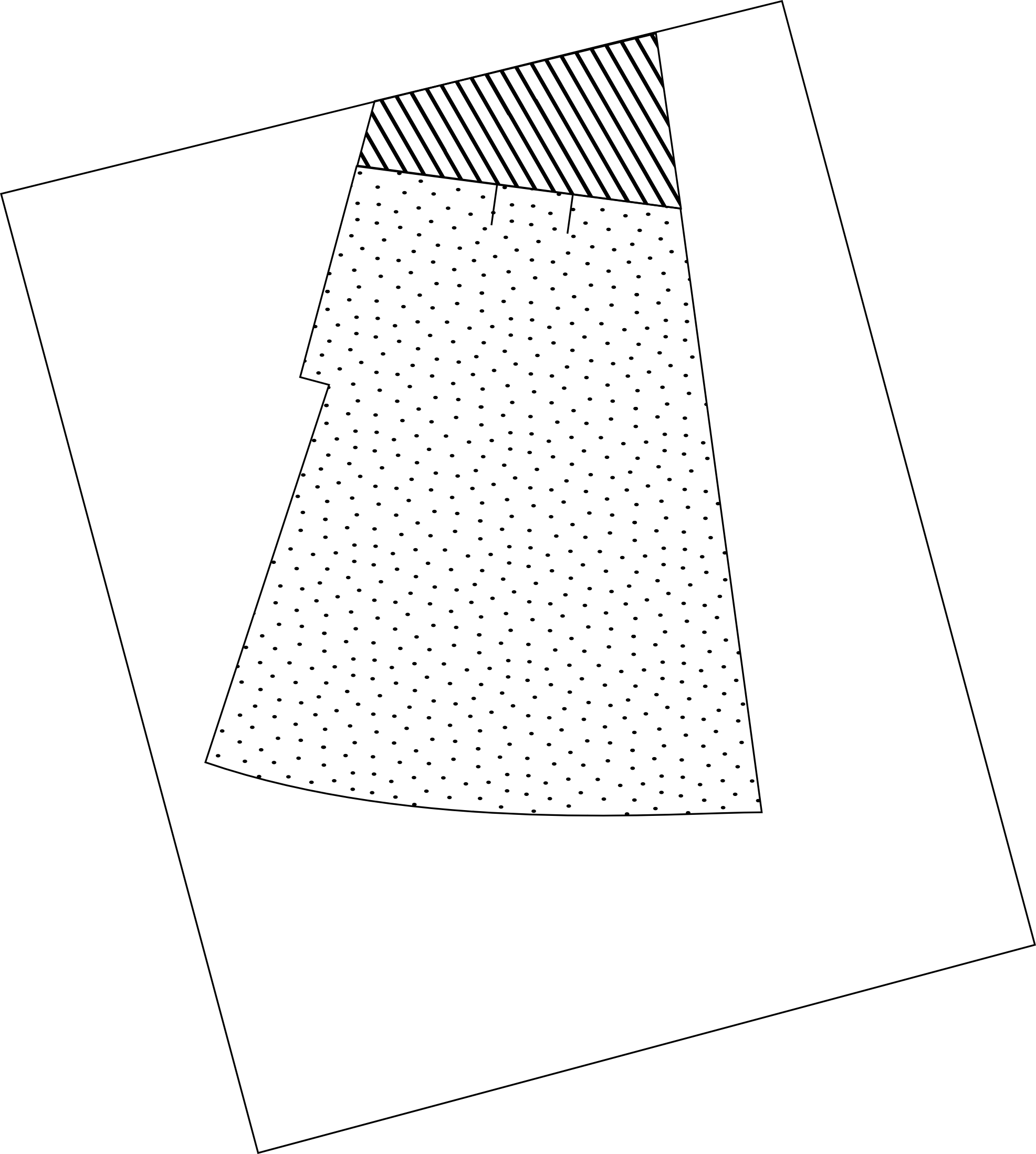 Let’s say that the dotted part is the front of the Belladone’s skirt, and the rectangle is the tracing paper sheet. I should have cut the fabric corresponding to the dotted part, and only the dotted part… but I don’t know why, I also left the striped one. The fold lines right in the middle of the pattern piece? Didn’t seem to bother me…! So of course after sewing the pocket I ended up having to cut some of the skirt on the side, then at the hem, then finding out that I was 4 inches short at the waist… Huge fail.

I managed to save it by making smaller folds, and using tiny seam allowances, but the seams on the sides will be there to remind me of my stupidity.

I also made the darts too long, sewed the biais binding in a very crooked way, and took pictures without ironing…

Other than this, I really like this dress, from afar at least! I have wanted a nautical version of the Belladone for a long time, exactly like this, Klein blue with white and red striped biais binding. I won’t go into details on how much I love Deer&Doe patterns (I’m far from objective when it comes to this) but the Belladone is indeed a very nice dress. I promise, next time I make it I’ll be more careful! 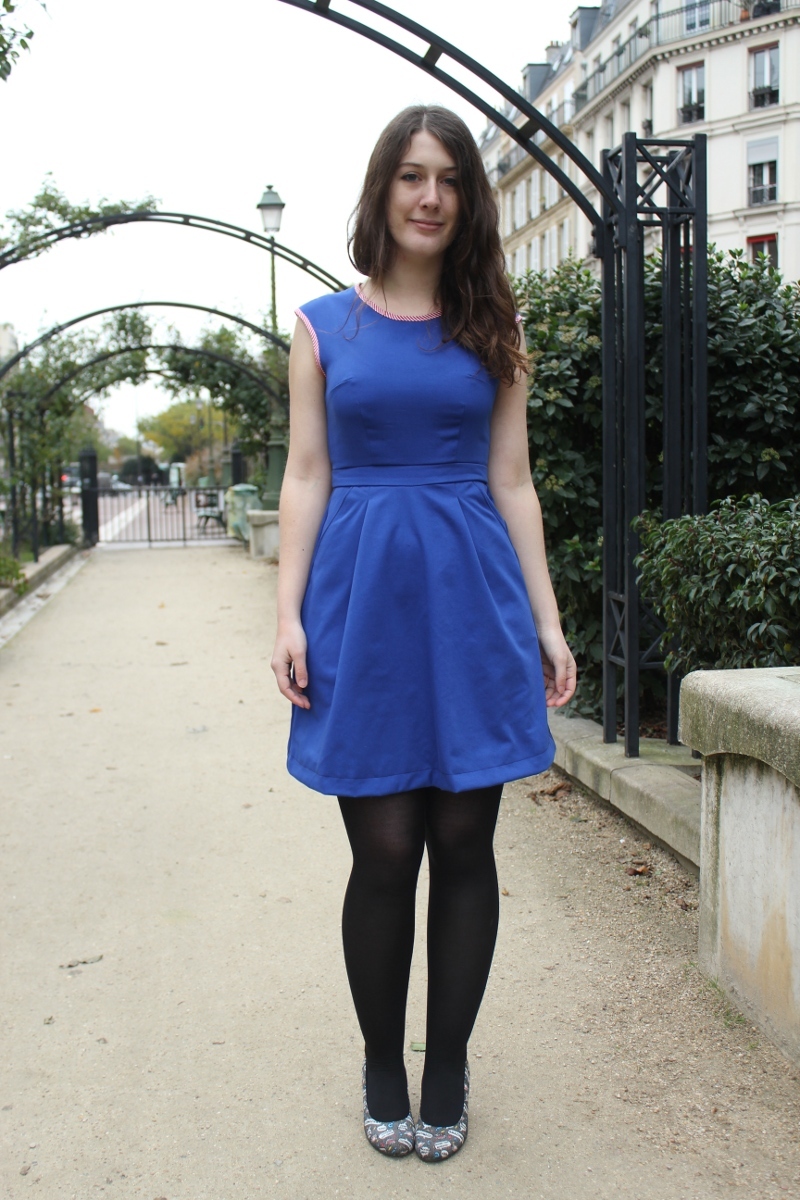 I do have to end on a picture of my shoes, totally unrelated but I love them so much 🙂 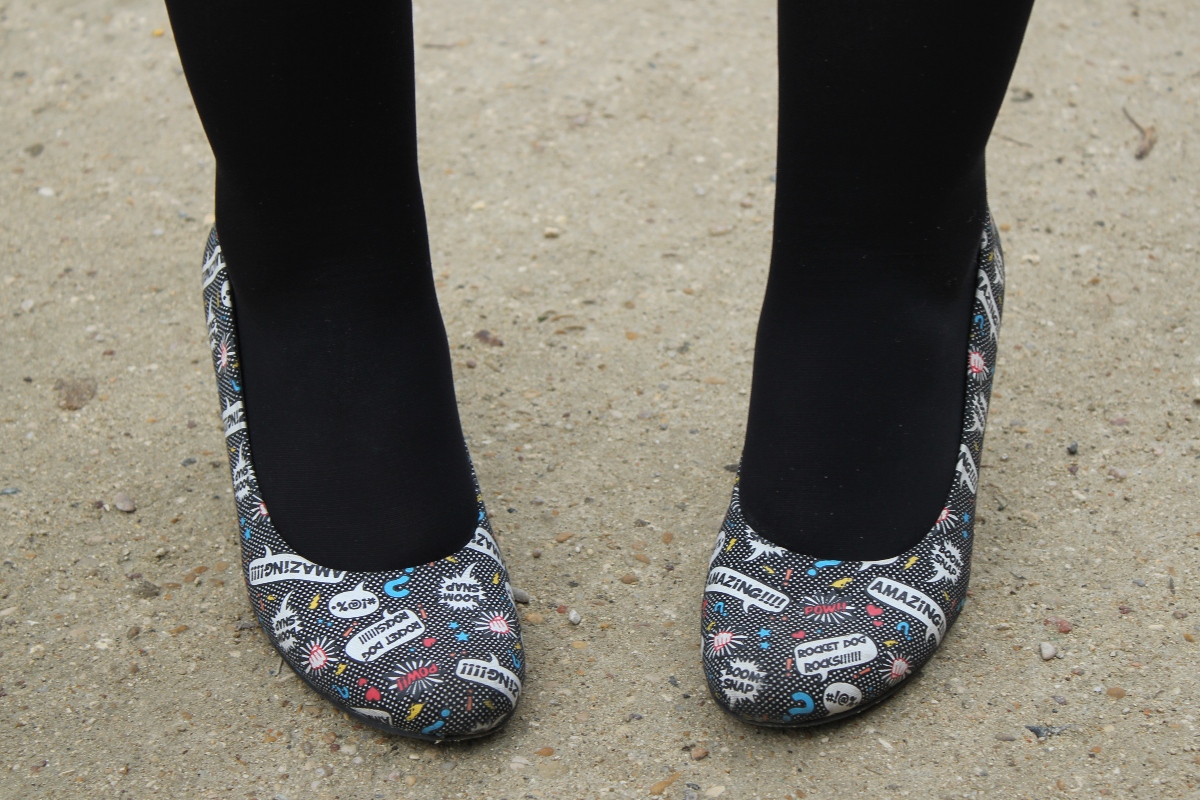