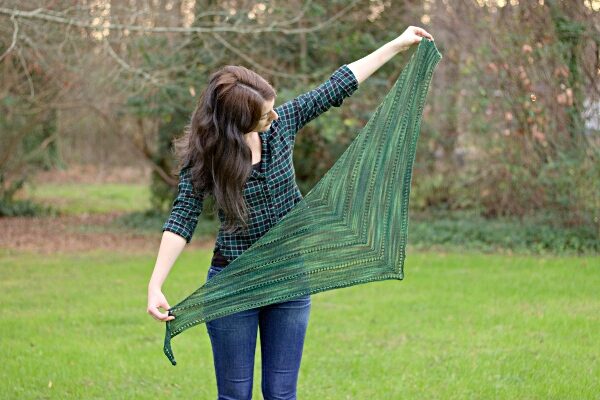 Happy holidays everyone! The last few weeks of 2015 have been really tough on me, with a very intense transition from one job to the next, so I’m very happy to finally be on vacation. Oh right, that job, if you haven’t heard about it already: I’ve left my research position to join the Deer&Doe team! I had a bunch of reasons for this choice, and I’m not going to go into much detail here (you can read the post on the Deer&Doe blog if you are curious) but I’d be glad to talk about it, especially with those of you who might be struggling with survival in academia, as that was the case for me.

In addition to all of this, this year was the first time that I was spending Christmas with my american in-laws instead of going home to visit my parents. I sewed a few gifts for my family (Margot pajama pants from the Love at First Stitch book for my sister, and two Plantain tees for my mom, that I showed on Instagram) but I mailed them to France already so I don’t have better pictures. For my in-laws I tried knitted gifts this year and I think it was a success. 🙂 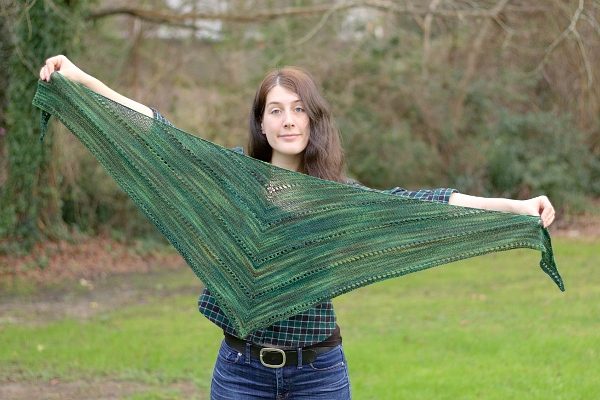 For the first project, a gift for my mother-in-law, I wanted to make a shawl that would be simple but pretty and most of all easy to wear. I really liked The Age of Brass and Steam when I made one for my sister a few years ago. It is an extremely simple knit, almost entirely in stockinette stitch, with a few yarn overs here and there to change things up a bit. 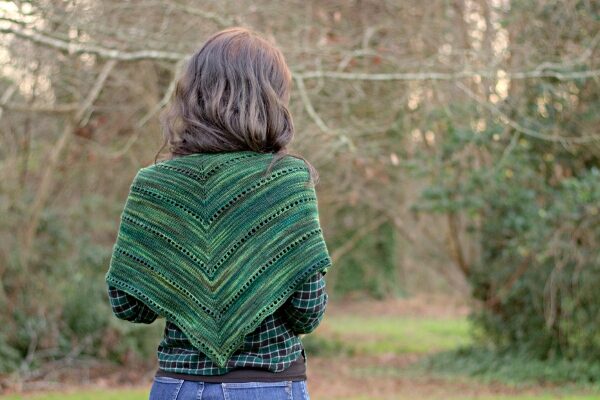 I absolutely wanted to find a green yarn and I feel head over heels for this colorway of Cascade Yarns Heritage paints, with wonderful changing hues. It is a very soft yarn, and not fluffy at all, which I prefer, and contains 75% Merino. It was such a nice project that I feel like buying another skein and making one just for myself. 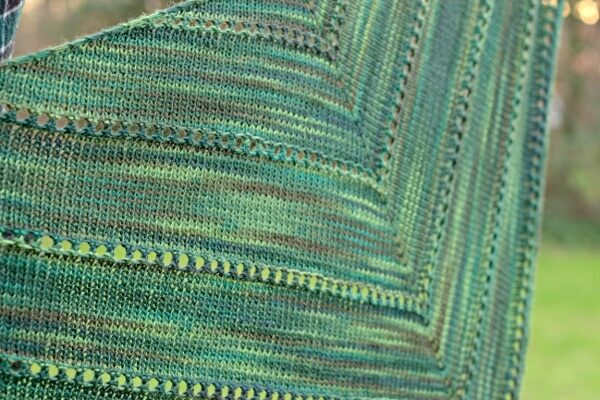 For my father-in-law, I wanted to link his gift to his son, so I made him a hat in the yarn that was left over from the scarf I made my husband last year. … By the way, did I tell you I got married? We eloped on a whim so I’m not sure if I mentioned it or not. It was just us and our witnesses and instead of a wedding reception we ate ice cream and played Mario Kart. It was the best. 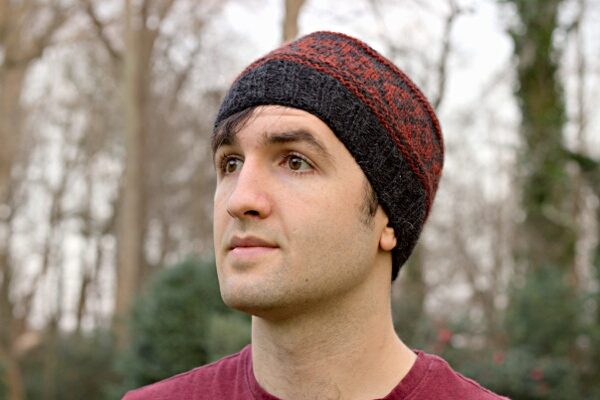 Anyway, back to knitting, the hat is made from Blue Sky Alapacas yarn, and I used the Rataat free pattern. I selected this one because it didn’t require a lot of yarn, but my gauge ended up being way off and I had to remove two repeats of the pattern and pick up stitches at the end to lengthen it so it would cover the ears (the ribbing is not in the pattern). 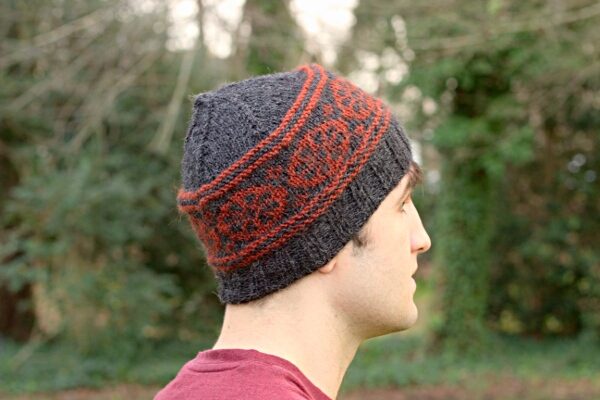 My husband’s parents are remarried, so that’s four gifts instead of two, and the next two are also hats. At that point Christmas was around the corner so I had to make something really quick for his step-dad. I had some leftover Classic Elite Yarns Toboggan in several colorways that he had used to make scarves when I taught him how to knit, so I looked for something to make with larger needles. 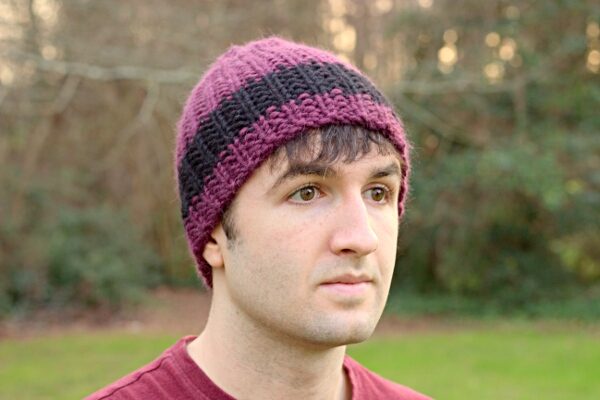 I started from the Man Hat (another free pattern available on Ravelry, like all the ones in this post) but I casted on 16 stitches less than on the pattern, otherwise it was way too big. I also added a black stripe so it wouldn’t be too plain. 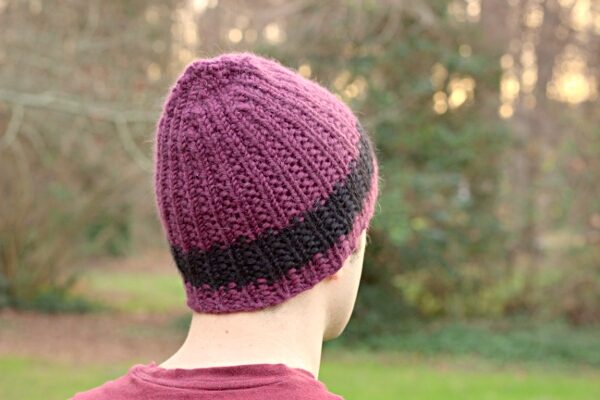 By the time of the last gift, for my step-mother-in-law, I was very very late, and I needed something that I was sure would work (unlike the two previous hats that I had to frog and start again because they were both too big on the first try). I had made a Buttercup Beret in Malabrigo Worsted for my sister three years ago and I still had enough yarn left over to make another identical one so it was perfect. 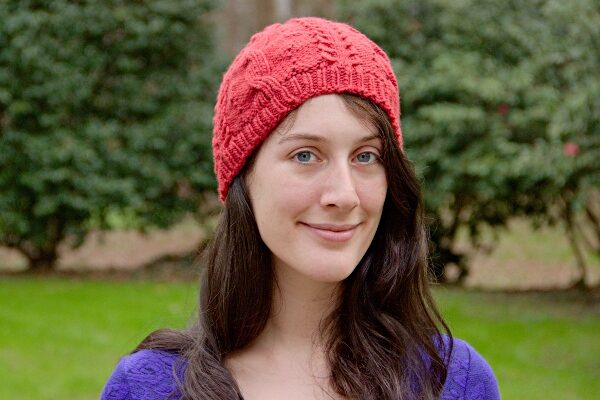 My lack of organization reached its peak this year because I finished this last gift at 4AM on Christmas Eve (so… actually on Christmas Day) while watching Disney cartoons (poor Tiny Tim, you make me cry every year). The pattern is very simple though so I didn’t have any issue, even while I was falling asleep on my needles. The only thing that bothered me is at the very end: I feel like there is an error in the pattern, some of the stitches are missing on the last line of the grid and I ended up with nearly twice as many stitches as I was supposed to. I didn’t see anyone mentioning this on Ravelry so I wonder if the issue comes from me. 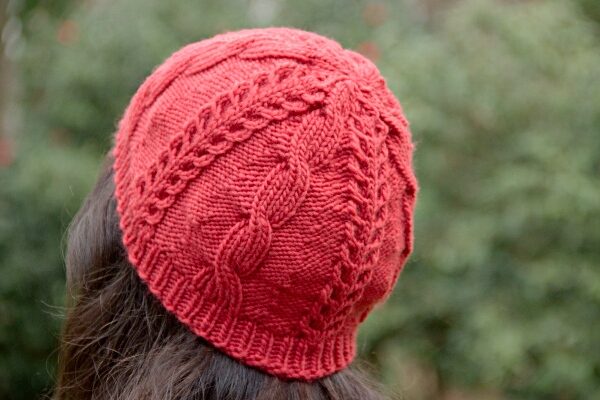 Since it was super late I didn’t have time to block it and it’s more of a beanie then a beret, but actually I might like it better this way.

How about you, did you make any of your gifts this Christmas? 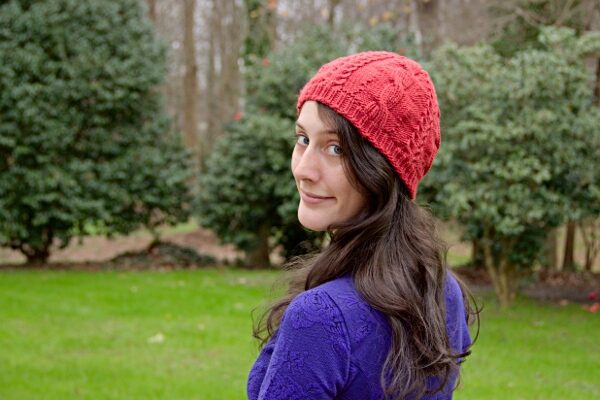