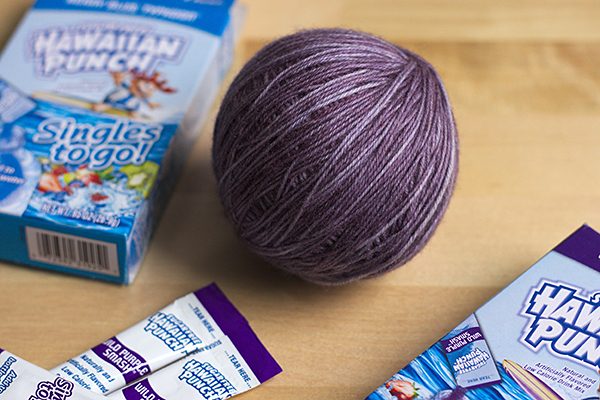 Lately I’ve been spending my days sewing muslin after muslin to prepare the next Deer&Doe collection, and I have to say that when my workday is over, I’m really not feeling like getting any personal sewing done. Instead I started knitting a ton and I took my embroidery stuff out of storage, but I also want to try new crafts. So when I saw the lovely shawl knitted by my friend Caitlyn in a beautiful hand-dyed coral yarn, I thought: why not yarn dyeing?

Following Caitlyn’s advice, I checked out the Ravelry group What a Kool Way to Dye, which focuses on dyeing yarn in the kitchen with Kool-Aid and food coloring. This group is great and has a ton of information. Like, a ton of information. As a complete beginner I started feeling a little overwhelmed and I wasn’t sure what to begin with. So I decided to buy a full yarn dyeing class on Artesane, the French Craftsy (“Découvrir la teinture de la laine” for those interested). This was the right choice for me: the class went through the whole process from start to finish and answered all my questions (safety measures, supplies, temperatures, durations…), and now I feel confident enough to experiment on my own. For more great video tutorials I also recommend the YouTube channel ChemKnits, filled with fun experiments. 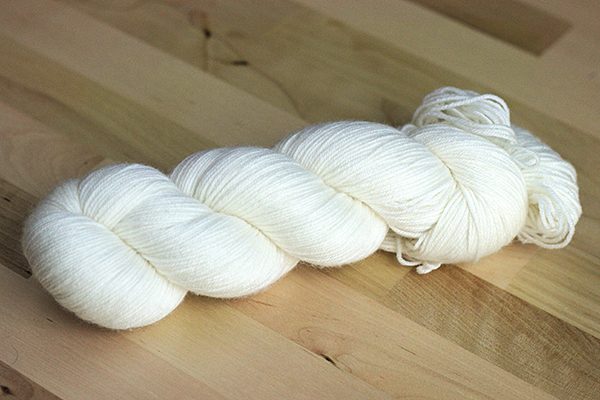 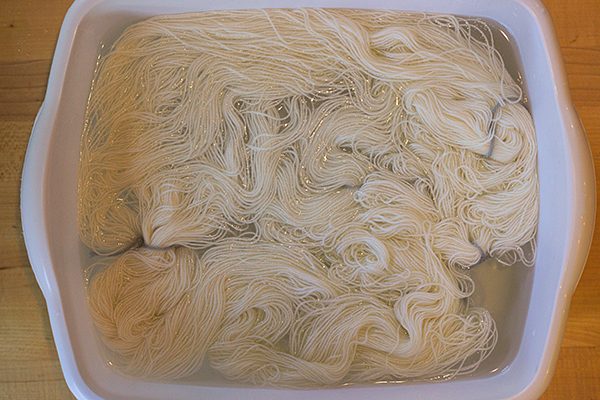 I took my yarn and added a few knots to keep the skein together before soaking it in water. Spoiler alert: that wasn’t enough to compensate my over-enthusiastic stirring, and I ended up spending several hours untangling the yarn to put it in a ball, but anyway. After soaking the yarn for an hour, I prepared my dye bath by adding some drink mix packets to a pot of almost-boiling water.

The class I had bought covered regular acid dyeing, but for my first attempt I figured I would go with something even simpler and cheaper. The nice thing with Kool-Aid dyeing is that, on top of food coloring, the powder already contains the citric acid that is needed to bond the dye to the fiber. It can’t get easier than this, plus it smells good. I couldn’t find enough Kool-Aid, so I got some Hawaiian Punch at the neighborhood dollar store instead, in blue (“Berry Blue Typhoon”), red (“Fruit Juicy Red”), and purple (my favorite: “Wild Purple Smash”!).

My goal was to get a color resembling Malabrigo Eggplant but more saturated, and with a hint of periwinkle blue. For a 100 g skein I mixed together 6 packets of blue and 4 of purple, then added 1 more of purple while the yarn was cooking because it looked a bit too light. In order to get a semi-solid color I followed the method described in the class, which was to dunk the skein in the dye bath slowly so that it would soak the color unevenly. I might have done it a little too slow because some parts are very light, but at least it’s clearly variegated. 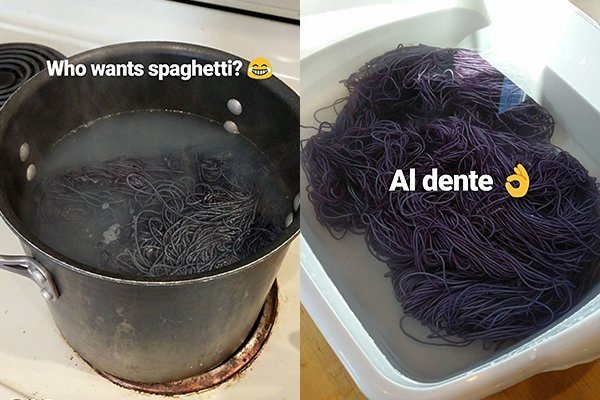 That’s where I realized that dyeing is very experimental, and that it’s hard to predict the result. While the yarn was cooking in the dye bath, it was very dark, almost black. After twenty minutes the water was completely clear so I let it cool before rinsing my skein in lukewarm water. At that point, the color was a beautiful purple, deep and saturated, very similar to the color of my Chuck sweater. Then as it dried the color changed and turned out to be much lighter, almost pale lavender on the lightest parts. I have to admit I really loved the color of the wet yarn so I am a little disappointed that the final result it so light, but it ended up pretty close to my original inspiration! 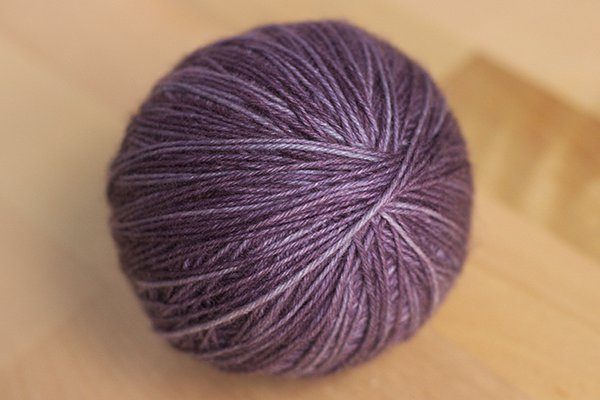 I’m planning to use it to knit a Wave shawl, a pattern I had spotted years ago and I wanted to knit in Malabrigo Eggplant actually. I already want to try again and experiment with other colors, but I have to pace myself because nice yarn is not cheap, and most importantly I need to actually knit something with the yarn I dye!